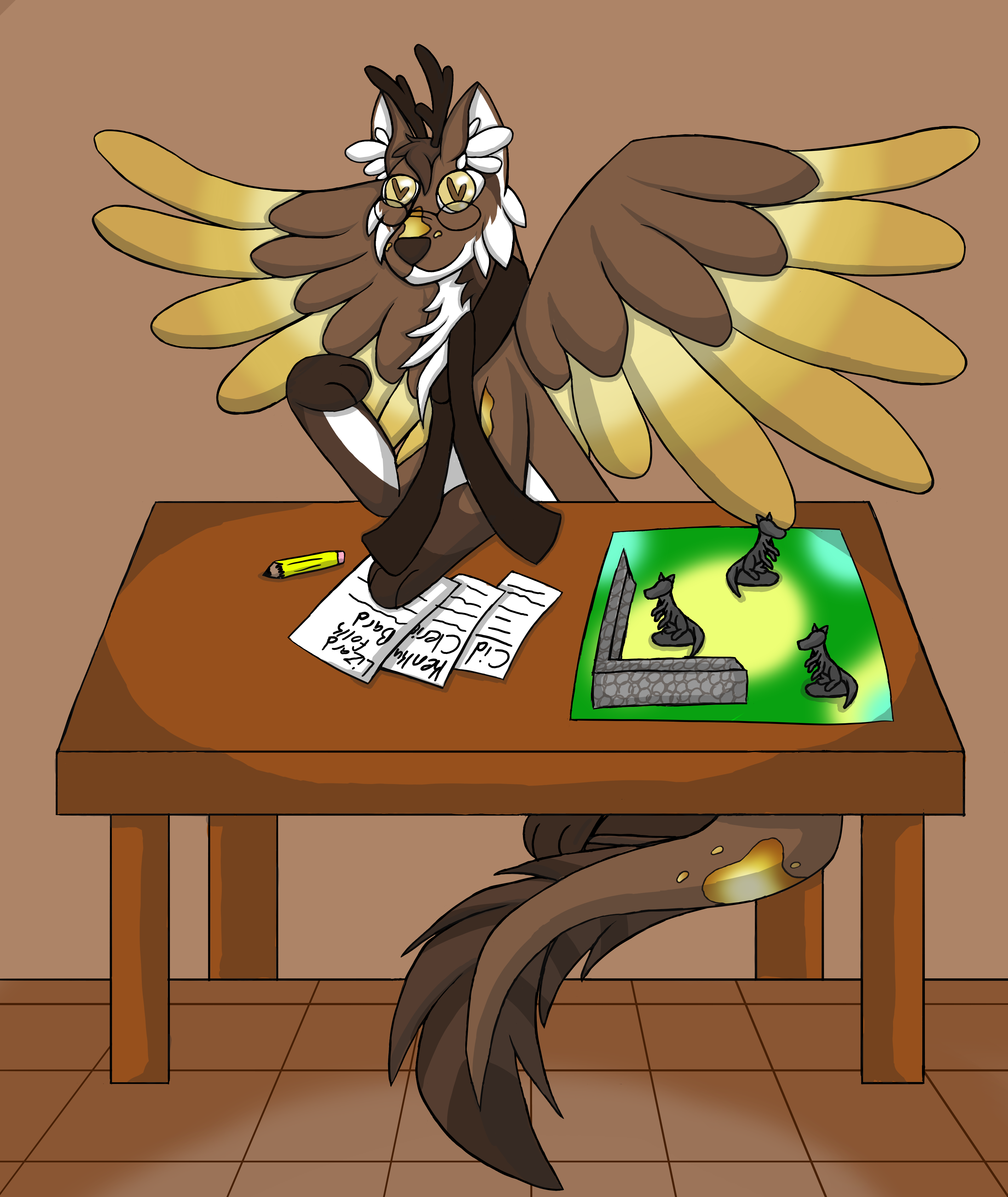 The final battle is just as exciting and chaotic at the table as it is in game, but Alabaster takes it all in stride, making sure everyone is able to have their say and their time in the spotlight, even with everyone providing wildly different solutions to the final battle. Alabaster resolves all these with ease, whether its intimidation, sneaking around, convincing the beast to be friends, or straight up fighting. As the battle neared its close, a hush fell o the table as all the players waited on Alabaster's words with baited breath...

"The battle is long, but with everyone doing their best, the beast is bested! It backs away, watching the adventurers carefully as they help themselves to its treasure." Alabaster says, moving the beasts token back on the map. He reaches into his bag, bringing out little "treasure" tokens for everyone to keep. "The beast nods slowly, it has a lot of treasure, surely it can let some go. In fact, maybe this is for the best, it means that it can start collecting more again. The adventurers take their fill, then take their leave from the castle with much celebration!"

Thanks to everyone for participating in Advanced dungeon doggos!!

The raffle has been drawn! The winners can be seen on the Completed Raffles Page, but the winners are...

AcuteExposure has won Pup-210 - The Fighter

SmellyMouse has won Pup-213 - The Bard

Congratulations to all the winners!!!
Winners can find the alternate images for their new characters in the Event News Post!

The event shop will remain open until April 15th 2021, so grab those items while you can! The raffle ticket has been removed from the shop since the raffles are over. If you have any leftover raffle tickets, you may turn them in via Claims for 10 event points! Once the Event Shop has been closed, current event point totals will be zeroed, so make sure you use them before they're gone!

Click here to head over to the Event Shop!

Everyone who participated in the event is eligible to claim a special reward,  the Blank Character Sheet, via claims!

Missed the event, or perhaps want to re-live the adventure? The story of Advanced Dungeon Doggos has been adapted into a Quest that any member can try out! It will be a little different the next time around, each of the chapters will be a prompt that can be completed with either art or writing. Quests can only be completed once per member, and each Quest has exlusive prize(s) at the end!

There are no comments yet.