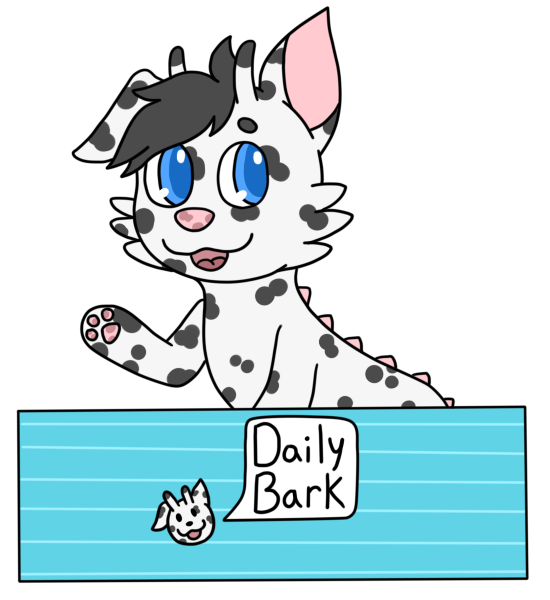 January 1st, 2023 - Hello everyone, and welcome to the Daily Bark, with me, Jake Barker, your daily news source for the goings on in New Barkston and beyond! Happy New Year everybody! I hope everyone had a fun and safe New Years, I'm sure everyone is also looking forward to the Festival of the New Moon, and I'm happy to report we won't be waiting very long, as the first Full Moon of this year falls on the sixth of this month! So get ready to party and howl! At least there's some time for everyone to get prepared for thier Festival of the New Moon parties, even if New Year's and New Moon are close together this year.

Now, onto some more serious news, I know we have a lot of fun here, and its a fun time of year, but here at the Daily Bark, we have been getting scattered reports of puppillars having issues with magical abilities lately. Now, I don't want to alarm anyone, especially since these reports just started, and there's only been a few reports so far, but anyone who has a magic ability or interacts with magic regularly should be careful! And of course, if you have any reports of your own regarding this phenomenon, please let us know!

As I mentioned, there have only been scattered reports so far, and they have only been coming out in the last twenty four hours or so, so we can only really speculate as to what could be going on. Maybe its just a fluke, a weird coincidence that a few pupps have had issues with thier abilities, but here at the Daily Bark, we will be following this story closely in case something bigger is happening! So make sure you tune in tomorrow, at the same time for any developments, as you'll hear them here first!

Jan 21st, 2023 - The following is a Transcript of an interview of Dr. Rover Wagstaff by Jake Barker, from the Daily Bark broadcast on January 21st, 2023

Jake Barker: Hey everyone! Welcome back from our commercial break, as promised we have Dr. Rover Wagstaff from the University of New Barkston here with us today to discuss the recent happenings with magic! Thanks for coming on the show Rover!

Rover Wagstaff: Thank you for inviting me Jake, this has been a bit of a chaotic time for everyone, and I'm hoping that I can help to put the public's mind at ease a bit about the situation.

JB: I sure hope you can Rover, but from what I have seen, the university hasn't come to any sort of conclusion about what's been happening, I know you have some smart folks over there working hard and I'm glad for that, but I would say I'm among those who have been worried, we just don't know what's happening or how to fix it.

RW: Well, yes and actually I am glad you said that Jake, we just don't know yet. At the university we are working hard to find anything that might help, but its certainly true that we don't know, and neither do those who have been speculating on possible causes, such as yourself if you pardon me for saying. All that talk about the moon-

JB: But we don't know its not somehow related to the moon though, do we Rover? We don't know anything at all!

RW: We don't, but we also don't want anyone saying things that will create more of a panic. I don't mean to be rude, I watch your show every day, but with a platform like yours, you should be careful.

JB: Thank you Rover, I'm glad to hear that you've been watching! Now listen, I understand what you are saying, and I appreciate the constructive criticism. I will admit that at first I perhaps didn't take all this as seriously as I should have, and after hearing calls from our listeners, I have heard what kind of stuff is happening out there, I'm sure you have too, and that's part of the reason I asked you on the show.

RW: Ahem, well thank you. I'm sorry if I came on strong there, I just worry, especially since things have stayed the same, but I do want to assure you we are trying our hardest to find out what to do.

JB: Thanks to you and all your colleagues for all the hard work! Is there anything that the general public can do to help?

RW: Oh, well thanks for asking! It would actually be very helpful if members of the public wanted to come and volunteer at the university archives to help comb through all the information we have! If anyone wants to volunteer they can just stop by the university!

JB: Well, you've heard it here folks! If you are in the area and have time please head on over to the university and lend a paw! I'll be there helping out as well! The only way through this is to work together!